Mimblewimble transactions are interactive, meaning both parties need some kind of communication to interact with each other and exchange the necessary data to create a transaction.

Let's see how a standard transaction flow looks like: 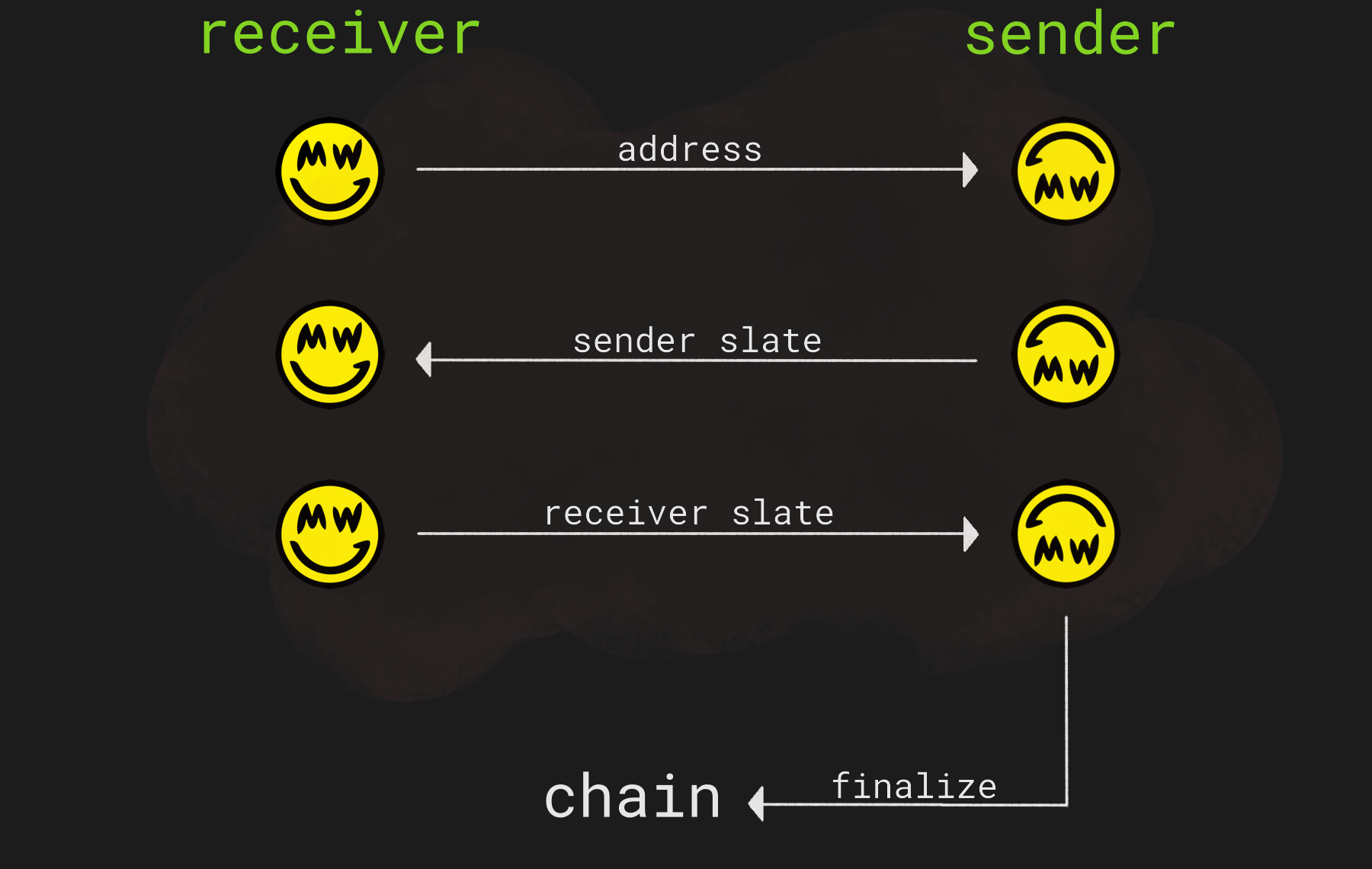 The slate is a sheet of incomplete transaction data. Wallets transfer it back and forth until the full signature is complete.

In more detail, the process goes as follows:

One nice side-effect of interactive transactions is that coins can't accidentally be sent into the "void" (a public key/address which nobody controls).

How does it happen?

The interaction between sender and receiver happens in one of two ways.

As mentioned earlier, the slatepack address is also used to derive a Tor address. By default, the sender's wallet will try to communicate with the receiver's wallet via Tor.

If the connection succeeds, all the rest is done automatically by the two wallets and no manual action is required. The process is exactly as described above, but it all happens under the hood without further intervention.

However, if the Tor connection between the wallets is not successful for whatever reason, grin defaults to manually exchanging slate text messages, also called slatepacks. manually.

Using this method, 2nd and 3rd steps, where the sender and receiver pass the slate to one another, would be done manually by exchanging these slatepack messages. To do so, almost every available communication channel will work; e-mail, forum, chat, social media, letters, pigeons etc. Creativity is the only limit.

The address (public key) initially provided by the receiver will be used to the encrypt the slatepacks, so that only the transacting parties are able to see the data inside.

It is possible to skip the 1st step (providing an address) and straight up send a non-encrypted slatepack to the receiver. Keep in mind that in this case, if the communication channel is compromised or public, observers may learn some transaction information.

Invoice transactions are built much the same way, but with a different order where the receiver initiates the transaction by asking for a certain amount of coins.